Secrets of AnQi made public in new cookbook

Jacqueline An grew up with a family motto: “If you’re going to eat, you might as well eat well.”

“Food has always been such a huge part of my family,” said An, whose mother, Helene, is the chef behind AnQi, a gourmet bistro and noodle bar at South Coast Plaza in Costa Mesa. The family’s company, House of An, also owns four other restaurants throughout California, plus a catering company.

“Even when we didn’t have much, we always had food,” An added.

Although Helene has been in the restaurant business for more than 40 years, An realized that she wanted to share the stories and flavors of her mother’s life in a new way.

“I grew up spending a lot of time with my mother in the kitchen, hearing these wonderful stories and learning these wonderful recipes,” An said. “I almost took it for granted until I had my own kids. I wanted them to know about the amazing legacy that my mother and grandmother created for them, and for these recipes to not get lost.” 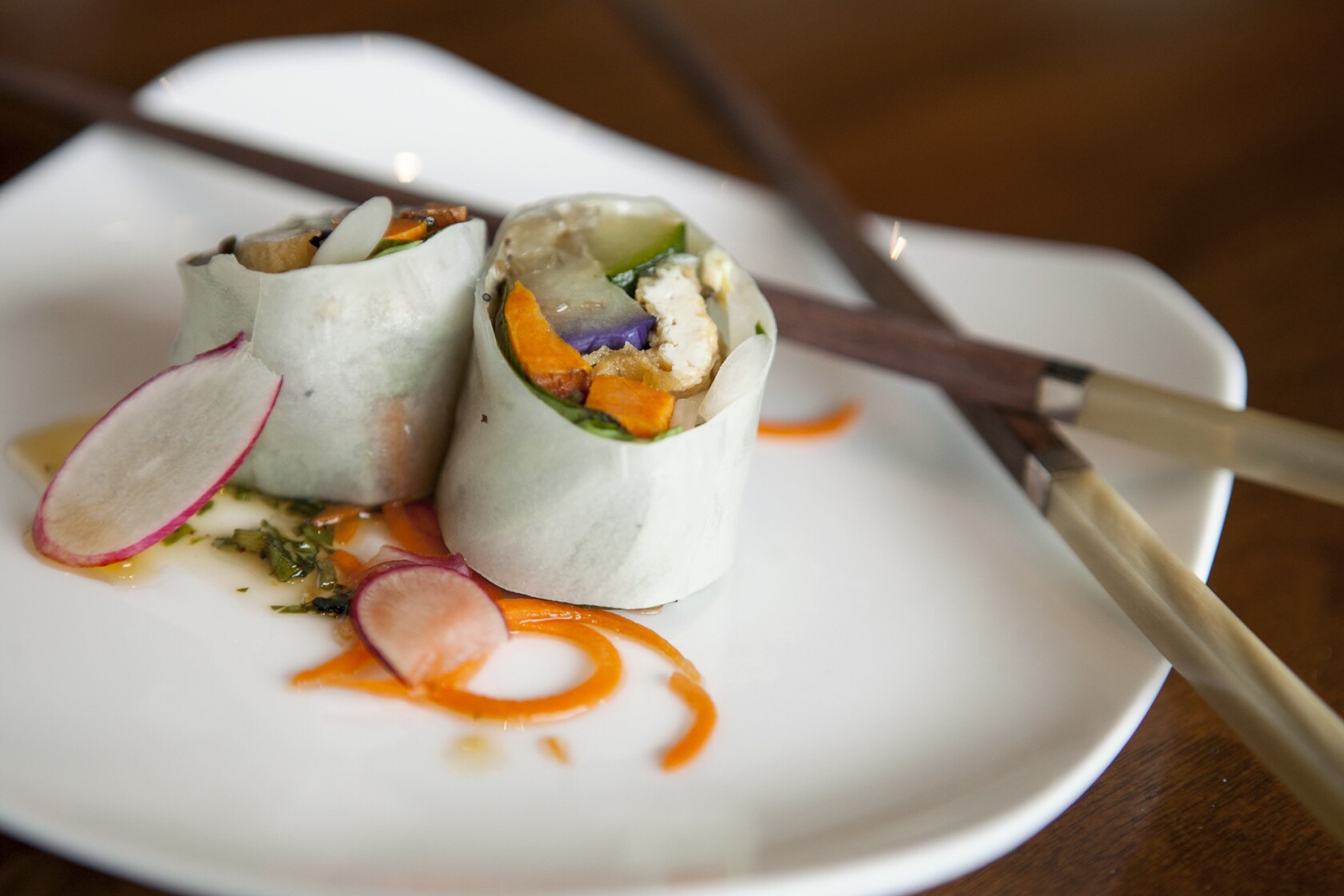 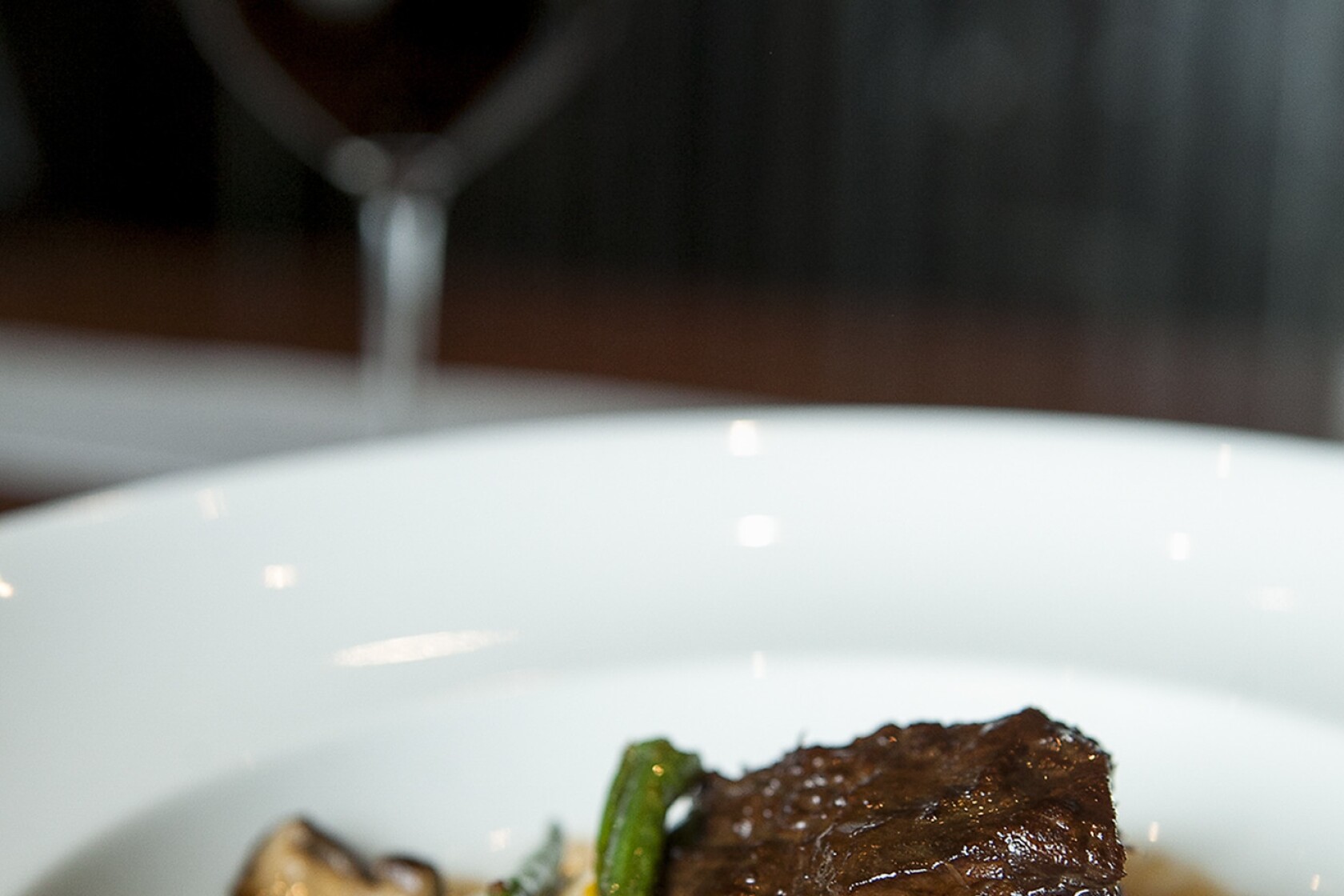 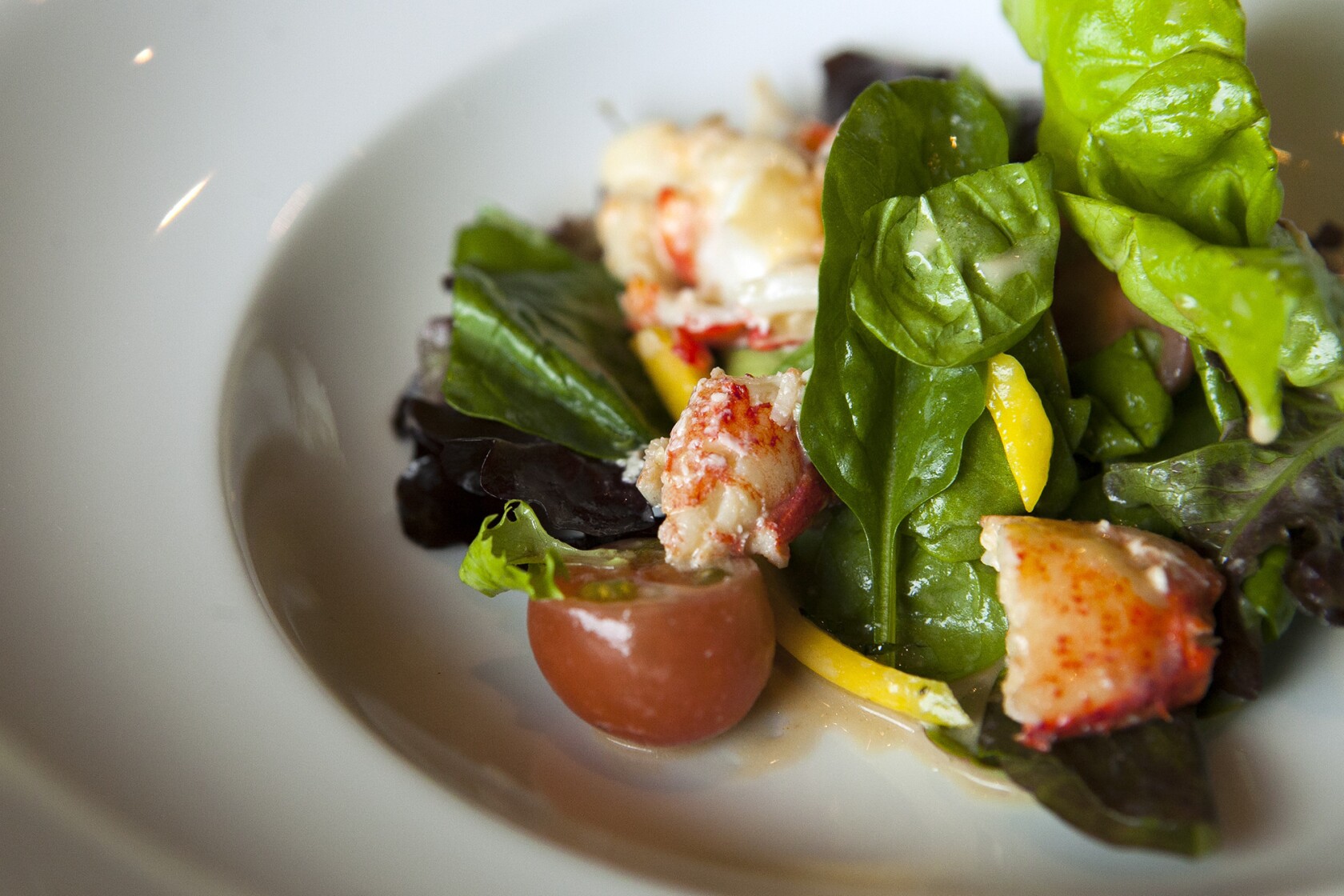 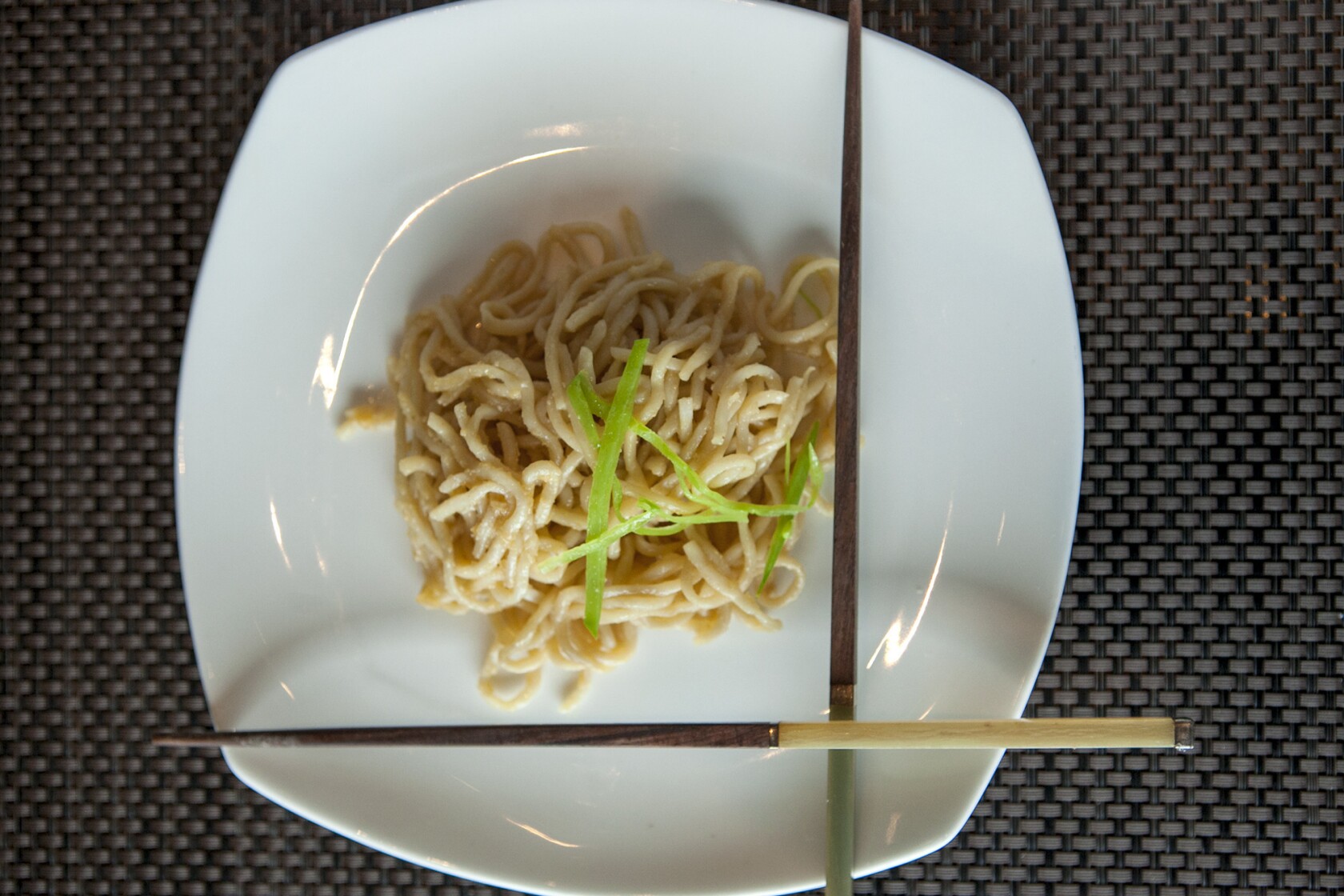 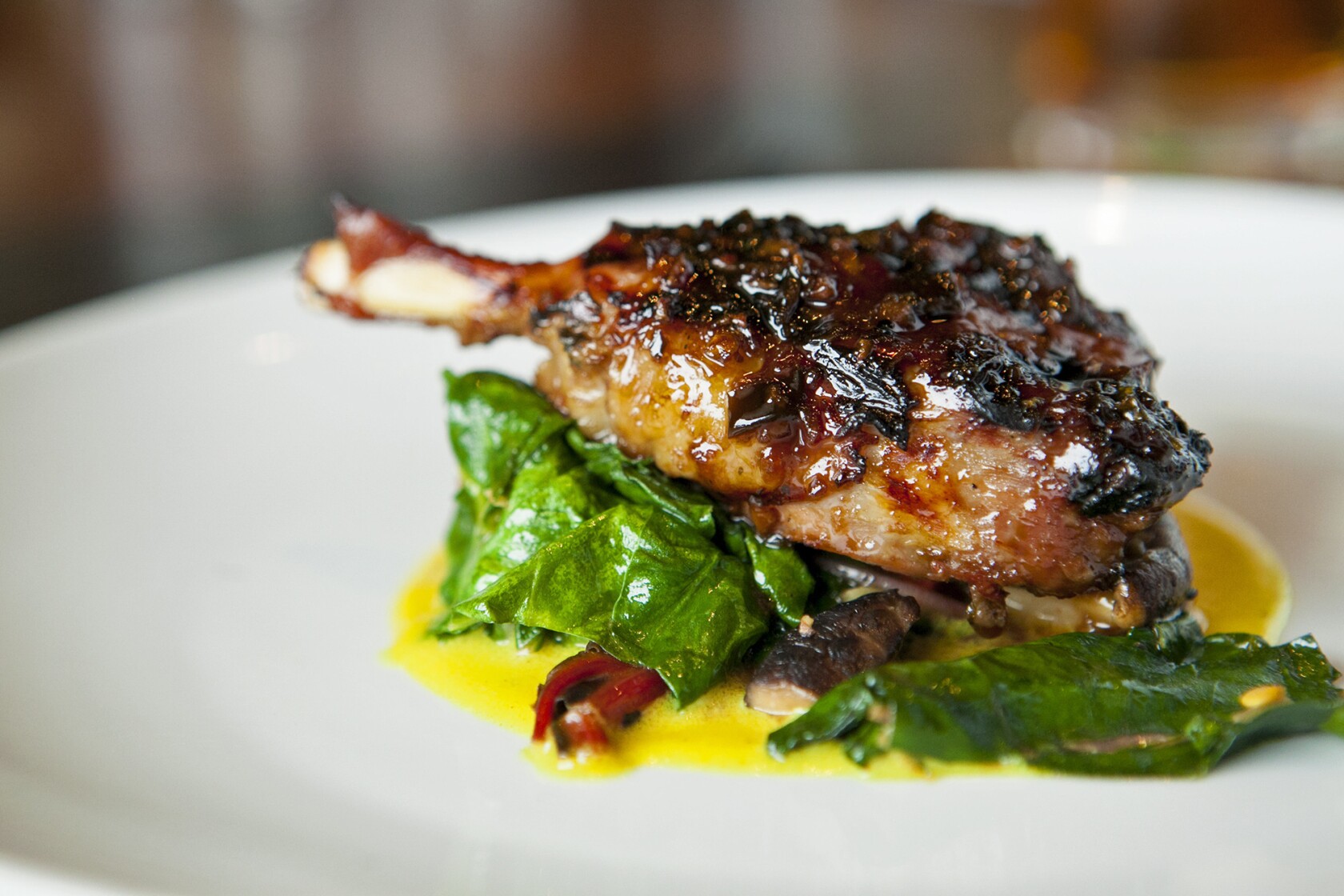 So An sat down with her mother to formally record the incredible tales of Helene’s life: her aristrocratic childhood in North Vietnam, her escape to South Vietnam after the Communist takeover, the fall of Saigon and being forced into a refugee camp in the Philippines and, eventually, emigrating to the United States, where she opened her first restaurant with her mother-in-law, Diana An, in 1971.

Of course the story wasn’t complete without food, so An also put in writing many of her family’s recipes that up until that point had never been written down, only transmitted orally.

The result is the An family’s first-ever cookbook, “An: to eat — Recipes and Stories from a Vietnamese Family Kitchen,” published this year by the mother-daughter duo.

“People who don’t know us will be able to peek into our family, our food and our culture,” An said. “I hope that when readers flip through the pages, they feel like they’re going into our home and eating with us.”

I hope that when readers flip through the pages, they feel like they’re going into our home and eating with us.

The title of the book, An pointed out, is something of a play on words: Her family’s last name is spelled the same as the Vietnamese word “to eat.”

“Seeing that the restaurant became our livelihood, how we were able to make a living, I thought it was almost destiny,” she said.

The cookbook also includes Helene’s French onion pho with beef ravioli, a dish selected as one of the “favorite dishes of 2015″ by James Beard Foundation editors, and spicy chicken and shrimp ramen in cognac XO sauce, something Helene developed specifically for this book.

Although it features many of what An called “aspirational” recipes — more complex dishes for people who like to cook and experiment — it also includes many quick, basic recipes for beginners, such as the shaken beef and various stir fries.

“Whether you’re new to Vietnamese food or a seasoned Vietnamese chef, there are dishes here for you, something new you’ll learn from the book,” she said.

An explained that the key to Vietnamese cuisine is balance. “Nothing too sweet, nothing too salty,” she said. “There’s nothing that’s too spicy or overpowering.”

Instead, Vietnamese dishes rely on herbs and aromatics for flavor, giving the food a fresh, light flavor. And given the country’s proximity to the ocean, seafood is another staple.

To aid beginners, the cookbook also includes detailed explanations of the necessary kitchen tools, cooking techniques and ingredients so that anyone can jump into this cuisine.

And Orange County is one of the easiest places to try Vietnamese cooking, An pointed out, given the abundance of Asian grocery stores that sell all the necessary ingredients.

“We really hope that you can grow with the book and be adventurous with it,” An said. “It’s a foundation to Mama’s way of cooking, but cooking is also about evolving. We want anyone who’s going through this book to take our recipes, but to take some chances and add something of your own — the way my mother has always cooked.”